This example is not an actual house, but a stage ( 舞台 – butai in Japanese).

It’s inspired by this stage found on Google maps. Unfortunately I don’t have modeled the musical instruments, but they are in my want-to-do list. 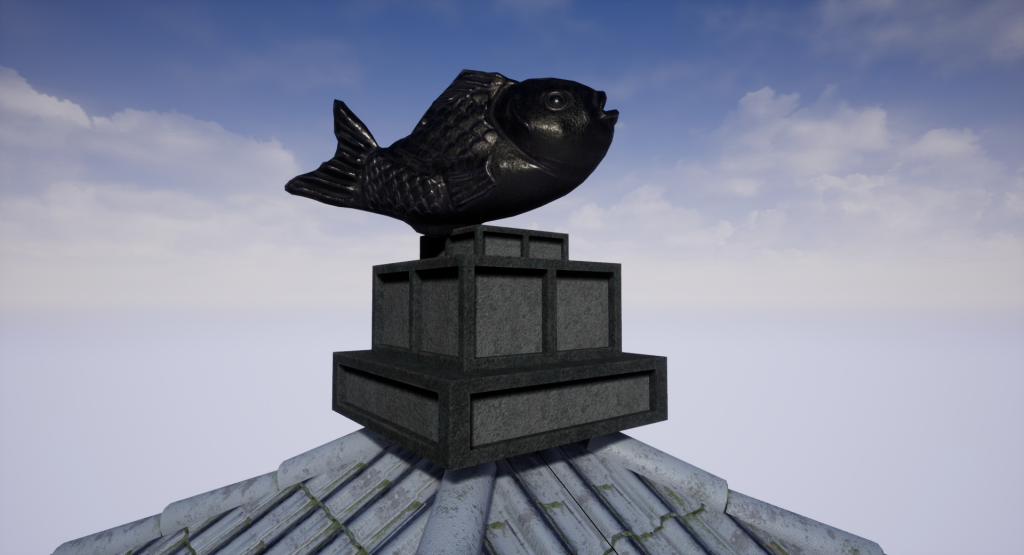 Notice that at the top of the roof, I’ve put a metallic fish statue. Actually, I love this prop available in the pack. I’ve initially modeled it as saru (猿) for the irori (囲炉裏, 居炉裏) the traditional Japanese sunken hearth, but it can be reused also as sachihoko, typical Japanese roof decoration (actually, also this model is on my wish list).

Finally a video from the playable demo: