This post is about my favorite example house in the pack, a sushi bar. This sushi restaurant isn’t inspired from a house found on Google map, but from a specific sushi bar in my favorite video game series, 龍が如く (Like a Dragon) known in the West as Yakuza. For those who have played the Yakuza games and also the new game made by the Ryu Ga Gotoku studio, Judge Eyes known in the West as Judgement, it’s the beautiful Sushi Gin bar, one can visit in any of these games.

These games have a particular meaning for this project: in fact, it’s because of them that I started to study Japanese 3 years ago; moreover, the idea to model Japanese traditional houses came while playing Yakuza Ishin, the Yakuza spin-off taking place in the old Kyoto during the Bakumatsu period, the final years of the Edo period before the Meiji restoration.

For all these reasons, this particular example house has a special place in my heart and I hope you like it too, as much as I do. 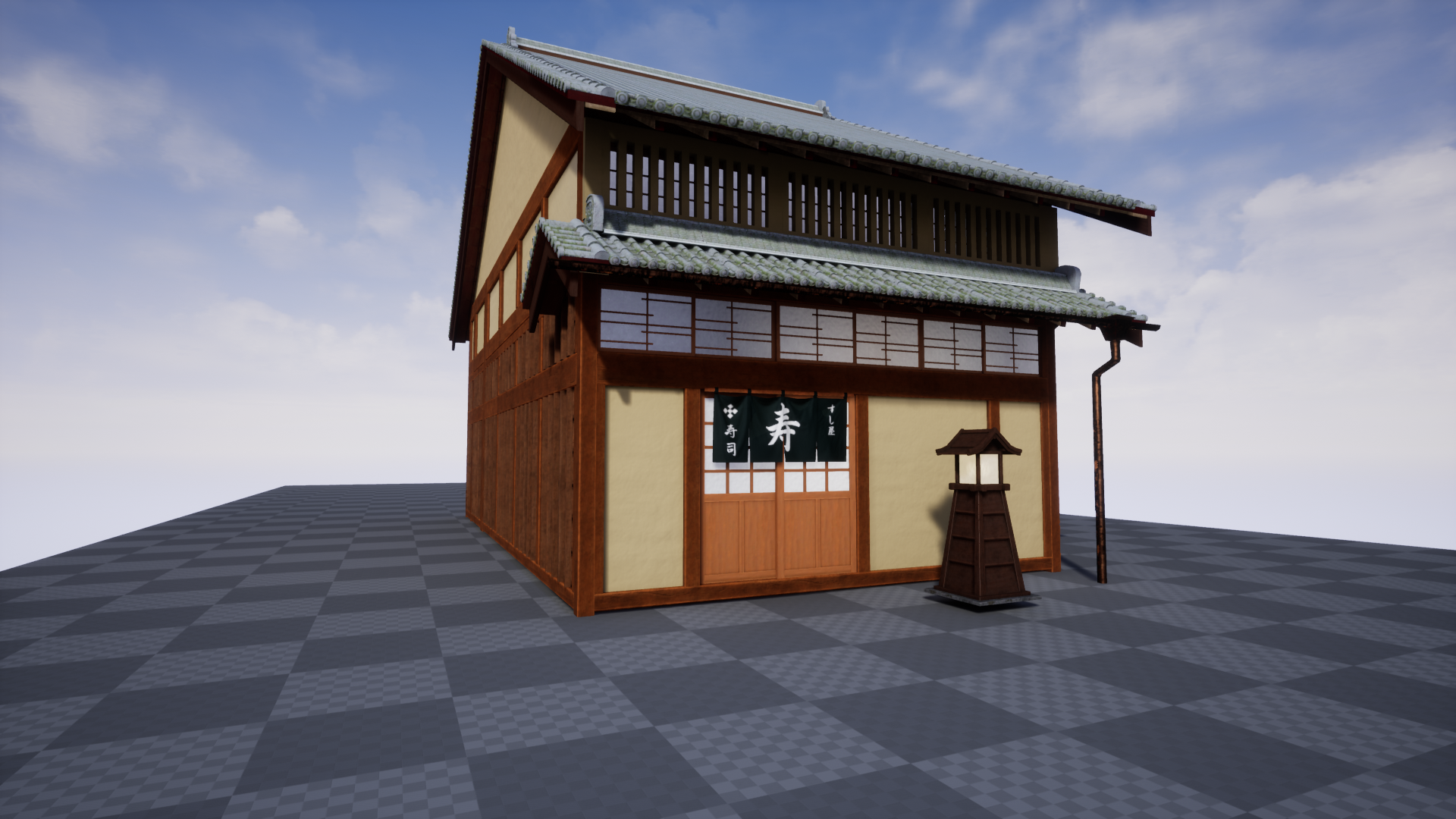 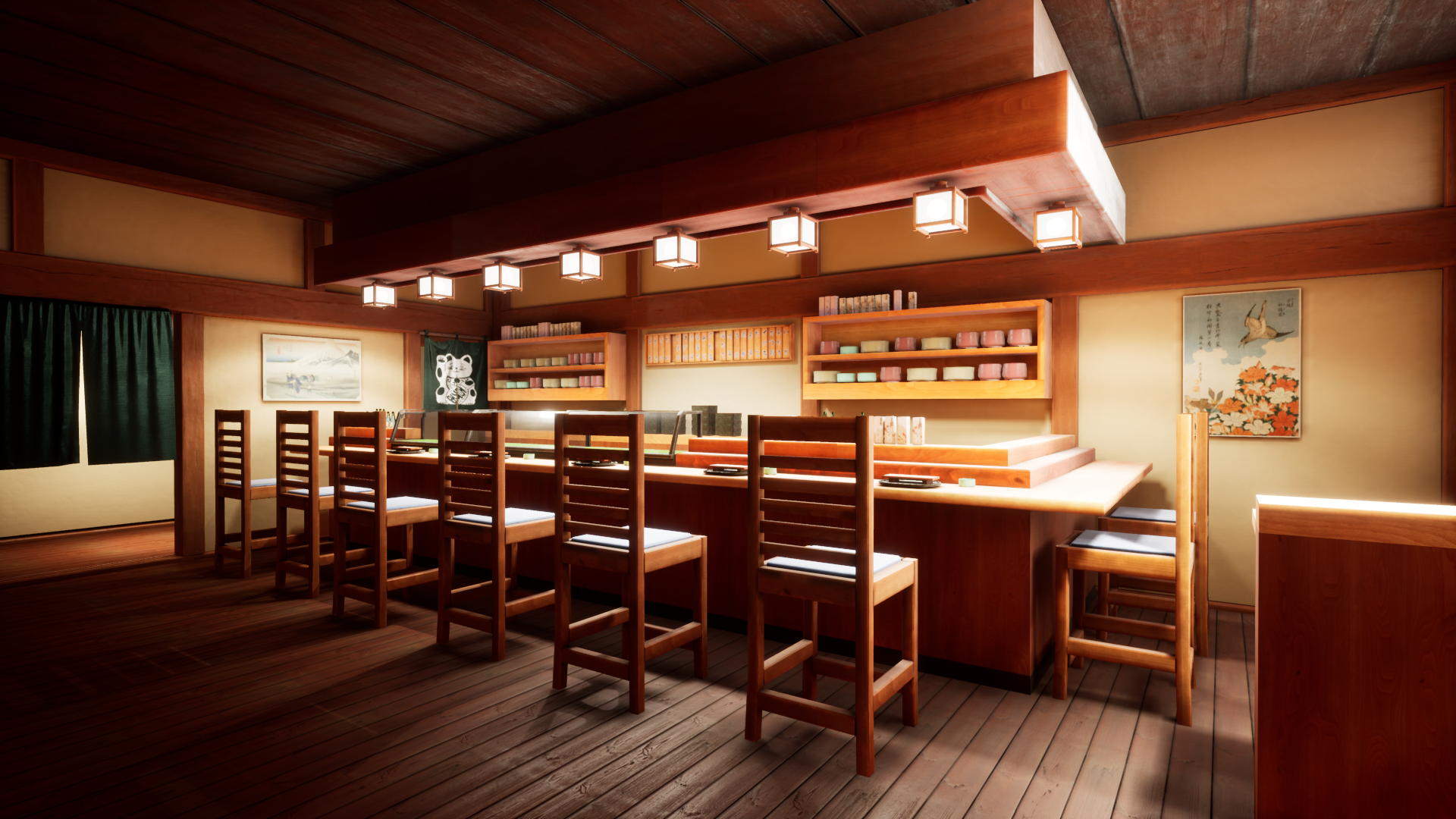 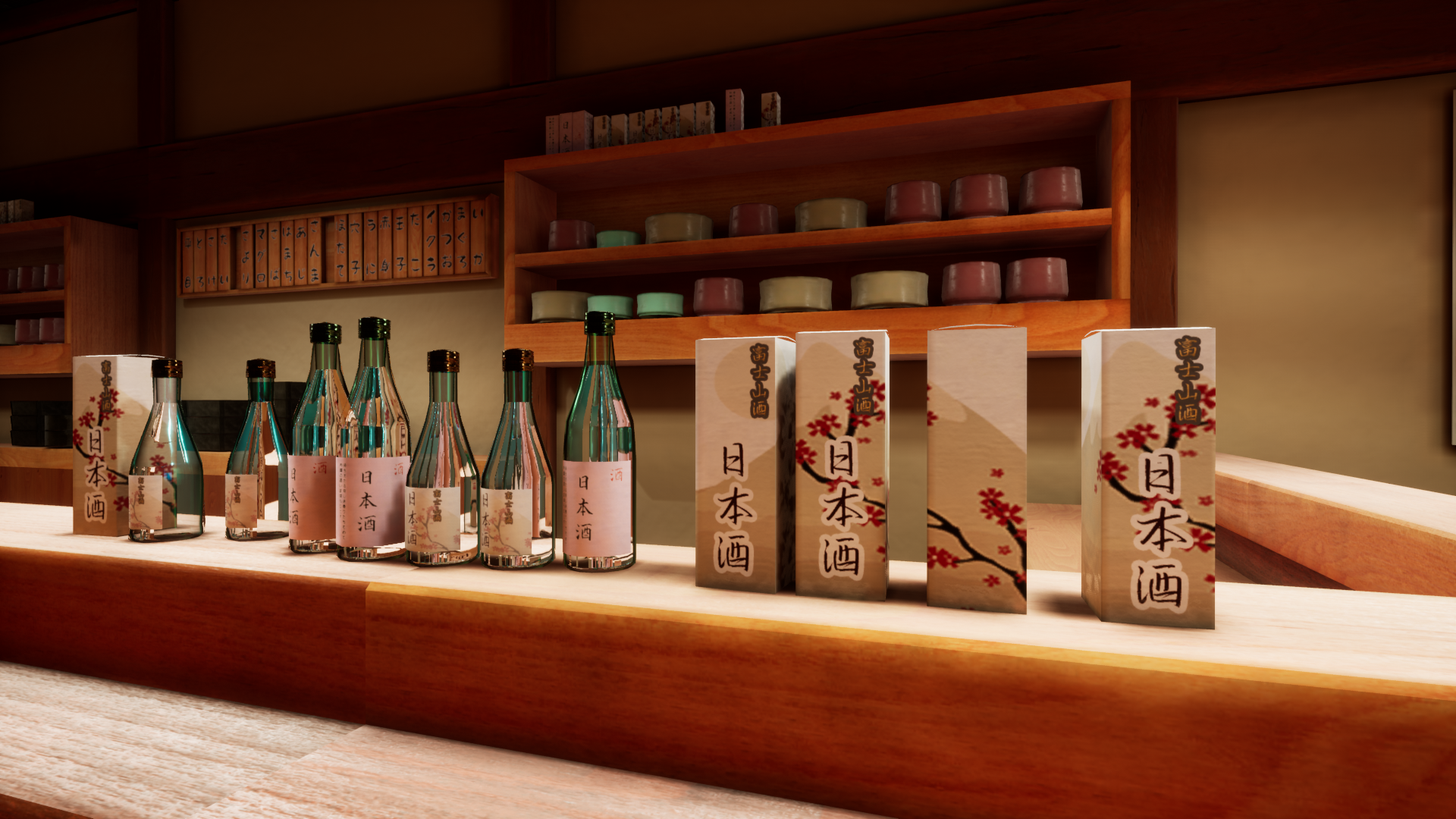 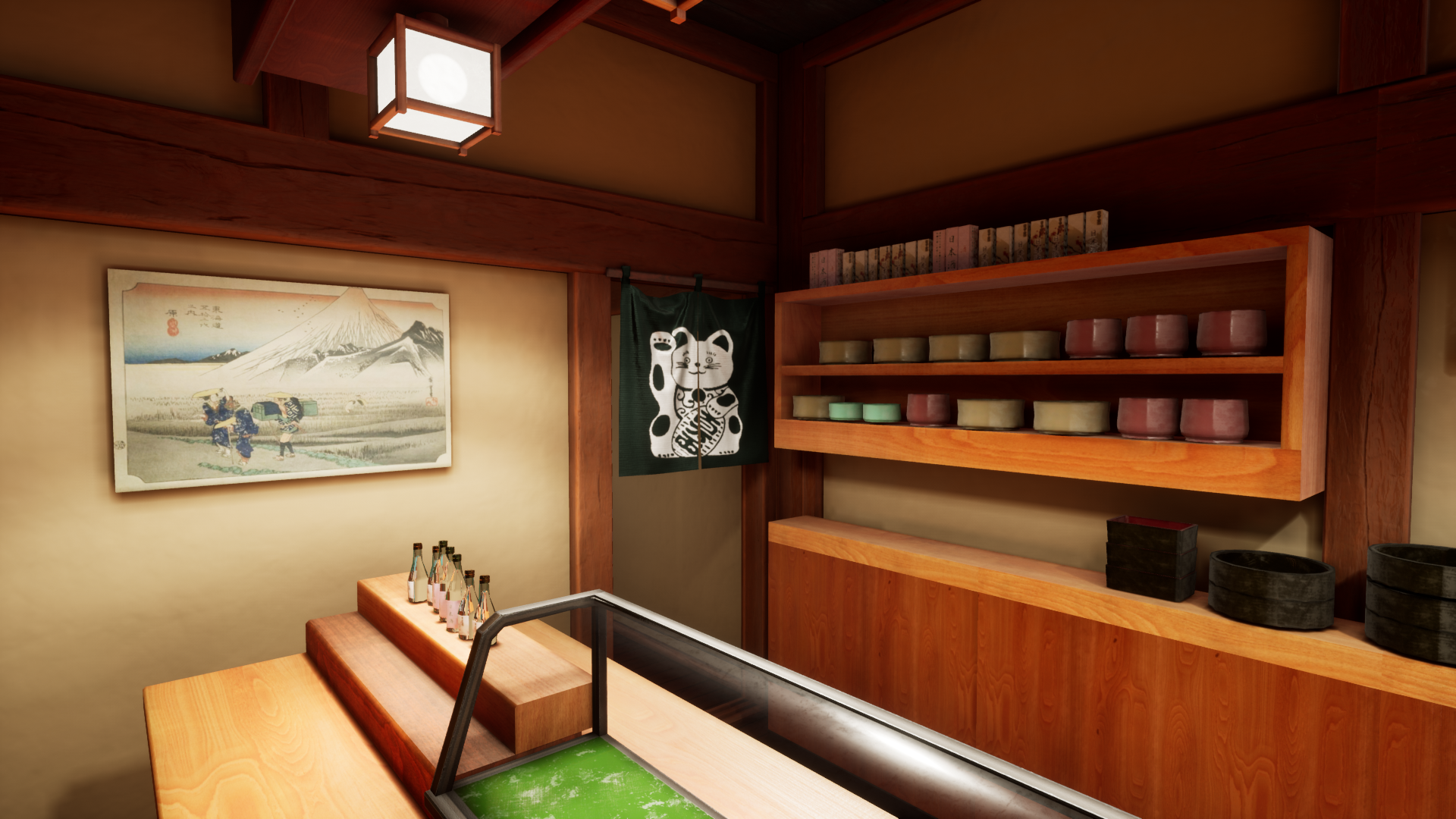 Coming back to describing this sushi bar example, I tried to make the interior of my bar  very similar to the one of the Sushi Gin with a few modifications. 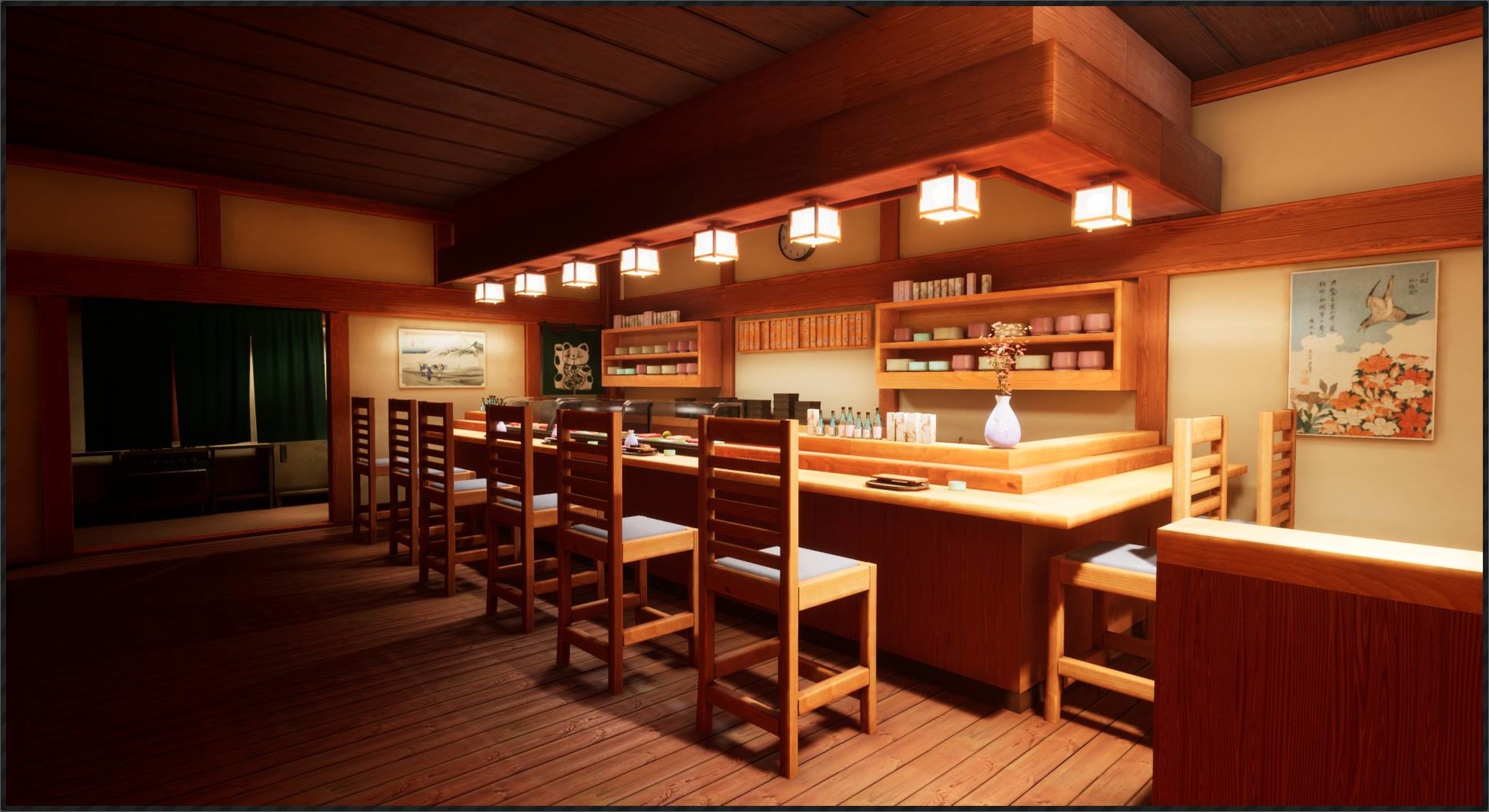 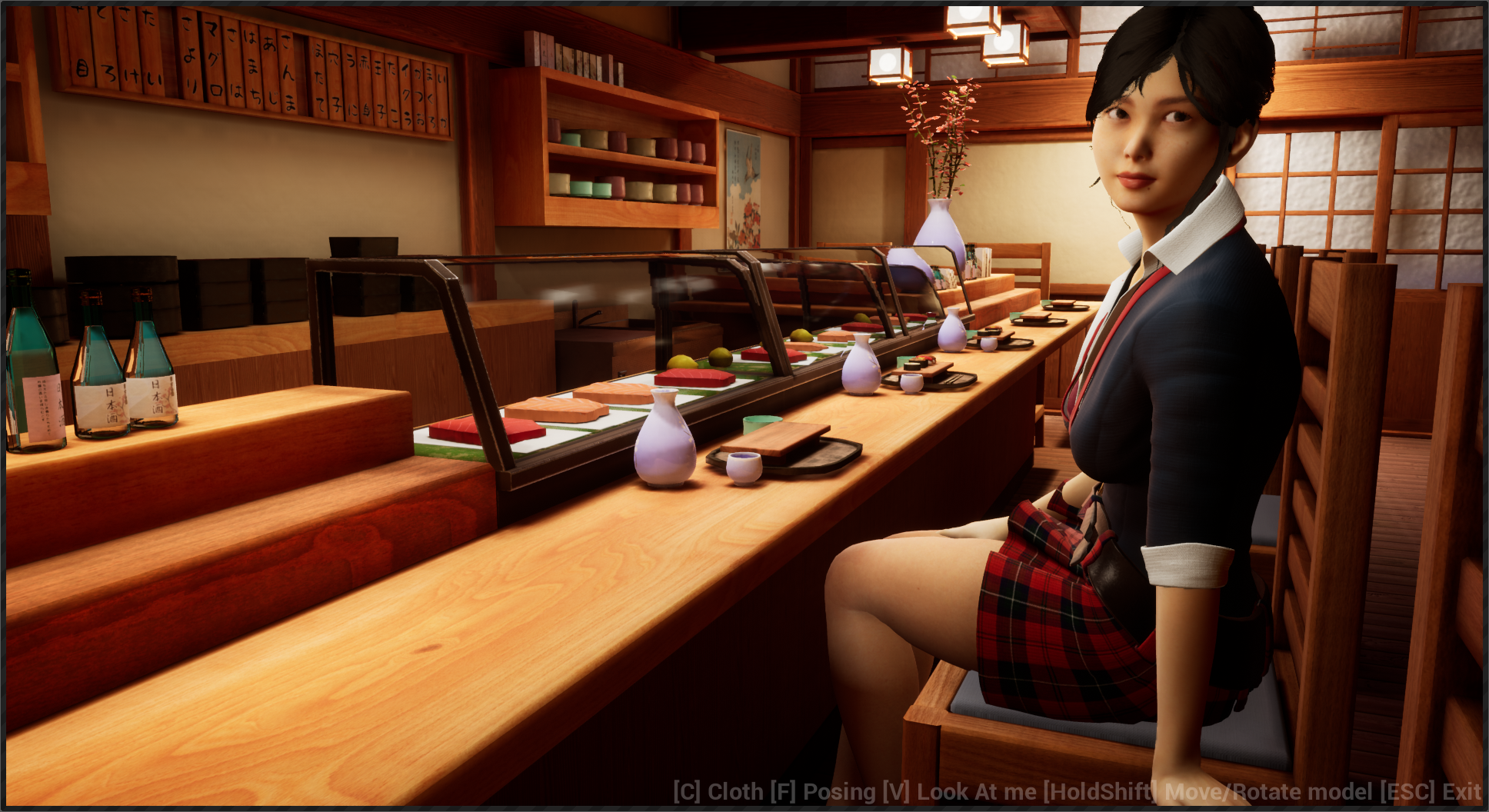 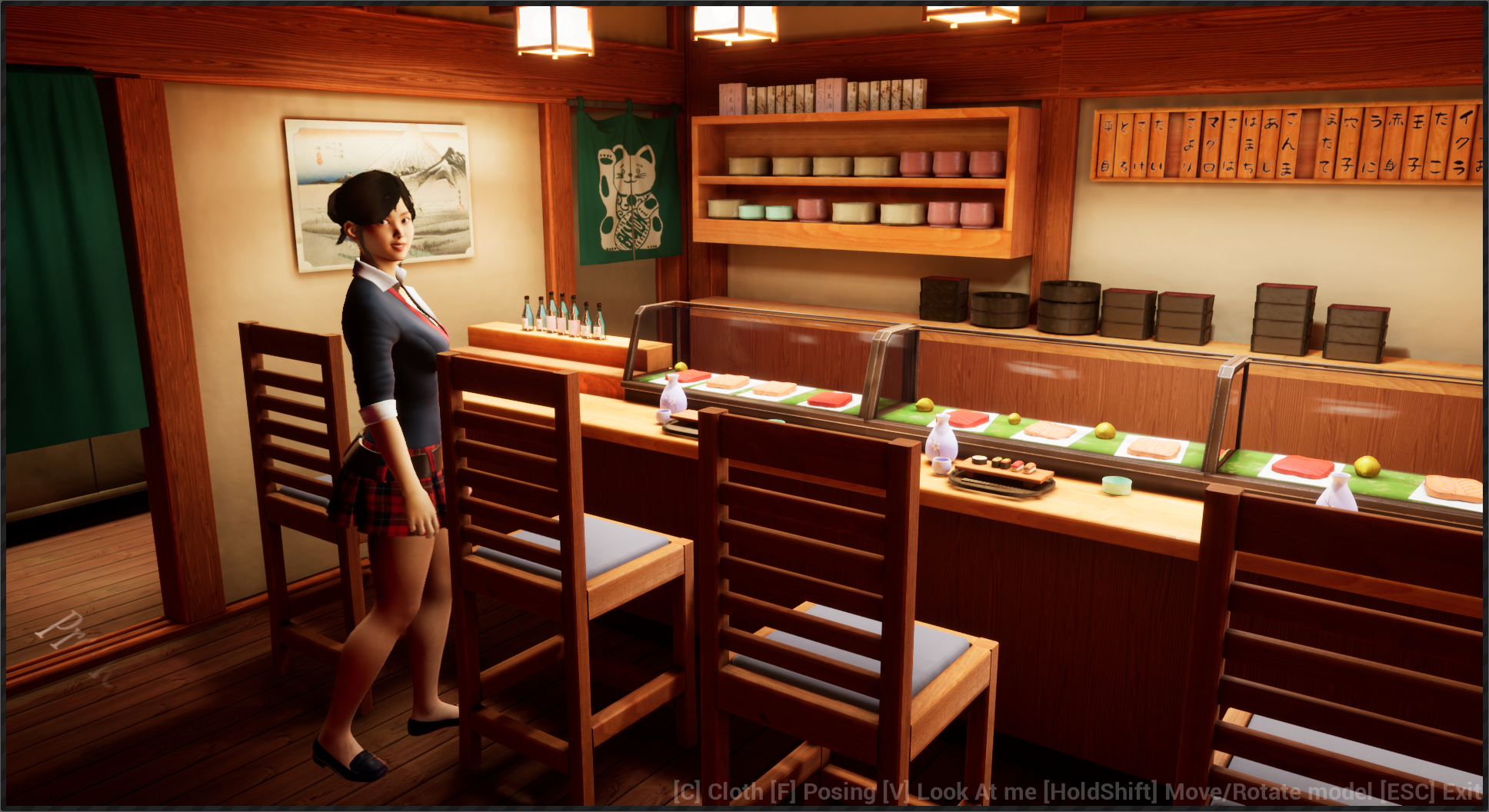 The exterior is instead a machiya, while its inspiration is located in a modern house.

Here a short video presentation from the demo

And finally some screenshots of the Sushi Gin in different Yakuza games, so you can compare my interpretation with the source of inspiration.